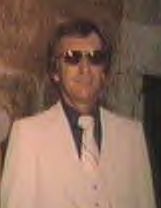 In Memory of Robert Lindsey
(a.k.a. Tuff)


On the morning of Saturday, August 9th, 2003, PCQandA lost a valuable forum member. Robert Lindsey (known in the forums as Tuff), lost a long battle with cancer. He will be missed. If you wish to contribute to the PCQandA group donation, you can donate via Paypal using the form below:


If you prefer to mail a donation, you can e-mail sophie tucker for the address.

You can also send a donation directly to:

You can post your condolences and memories of Tuff on this thread.


CARMEL - Robert C. Lindsey. 61, husband of Sally Lindsey, died Aug. 9, 2003, at a Bangor hospital. He was born in Hampden, Oct. 11, 1941, the son of Clyde A. Lindsey and Madeline Lindsey Richardson. Bob was an avid golfer and proud of his hole in one. He was a talented musician, songwriter and performer, with recordings from Nashville included in his collection. In the last few years he became a master of the computer and was involved in helping others discover and troubleshoot their own PCs. Bob moved up quickly in the business world from used car lots in Florida to opening his own lot, then ending his career as general manager at Beacon Cadillac. Surviving in addition to his wife and mother, are one son, Robert C. Lindsey Jr. and his wife, Vicki, of Veazie; one granddaughter, Tiffani D., Lindsey; two step-grandchildren, Chris and Amy; three sisters, Shirley Doak of Brewer, Eleanor Thayer and Charlene Thayer, both of Hermon. Private services and burial will be held at Pine Grove Cemetery, Bangor. Gifts in his memory may be sent to the Cancer Fund, care of Eastern Maine Charities, EMMC, P.O. Box 404, Bangor, ME 04402-0404. A service of Brookings-Smith, 133 Center St., Bangor.

Thanks to Toni for posting the obituary.